In all fairness, Split – the sunny seaside city in Croatia – and each of the restaurants we ate at there probably deserve their own posts, but I’m both remarkably lazy and somewhat out of practice in writing about food so I’ll attempt to combine my experiences into one concise post. Having said that, I’ll include a list of all the restaurants with a short summary at the end of this post, in case you’re wondering or I ever care to come back to them.

The central part of Split, at least, is an extremely clean town. The influence or their prior Venetian rulers is also strong throughout – the marble streets polished dangerously smooth by generations of feet reminded me most of Verona. Despite a proliferation of small dogs busily navigating the narrow twisting streets, most remained clear of mess and the prevailing smell wafting along with the spring breeze was often the warm sweetness of lavender (excepting of course, near the fish market and harbour). Its one of the few places where I’ve really managed to fine a balance between “seeing things” and relaxing.

The cityscape is dominated by the palace of the Roman emperor Diocletian, which has been fascinatingly integrated into the lives of it’s people for hundreds of years since. It is simultaneously a museum, a ruin, and a living hub of people and shops as it has been ever since it ceased to be a palace.

Wandering the streets, beneath ancient walls, between cafes and sunny courtyards, it’s startlingly easy to take a journey through time and imagine it as it must have been in days gone by, especially in terms of the scale of living in an ancient city (as does the nearby ruins of Salona) where primary transport was foot and everything was local.

Like many tourist destinations, the unfortunate reality is the most of the buildings are no longer family dwellings but apartments for rent and in that maybe more than anything it did, unfortunately, remind me very much of Venice. We were there 2 weeks before the summer season started, and many of the shops and restaurants were still closed, giving a hint of the emptiness of a city in winter when most of its residents have moved out.

While accommodation is still affordable as a foreigner, I have to admit I was shocked by the prices of food, with many menus in the centre rivaling those in Stockholm. If you wandered a short distance away from the tourist heart of old town, the prices were a little better, but still not nearly on par with their economy. They seemed to compensate for this with very generous servings.

With this in mind, the restaurant that I feel best represented the food scape of Split was Toro Grill Bar. Firstly, the food (beef steak and tuna) was top quality and delicious. But more than that, I feel that it represented in a way both the innovation and current situation of it’s city. Like the other restaurants around town, the menu was simple but focused on quality ingredients, and cooked traditionally over a grill. However unlike other quality steak restaurants which tend to position themselves as a high end offering, Toro looks more like a burger shack (and they do also sell generous 300g burgers). You could easily walk past and miss it entirely. The seating is bar style and outdoor – the kitchen and ordering counter has a minimal footprint. Their rent compared to other steak restaurants must be minuscule, and this is reflected in their prices which were about half of everywhere else, in the guests control with ordering per 100g, and included generous side portions. Not only is this likely to be more accessible to locals, who have been priced out of much of their city by tourism, but it also tells us that in Split, unlike the higher economies whose pricing its menus follow, rent is still a larger proportion of cost of goods than wages (although they are certainly able to operate with less staff too, without white tablecloth style table service). 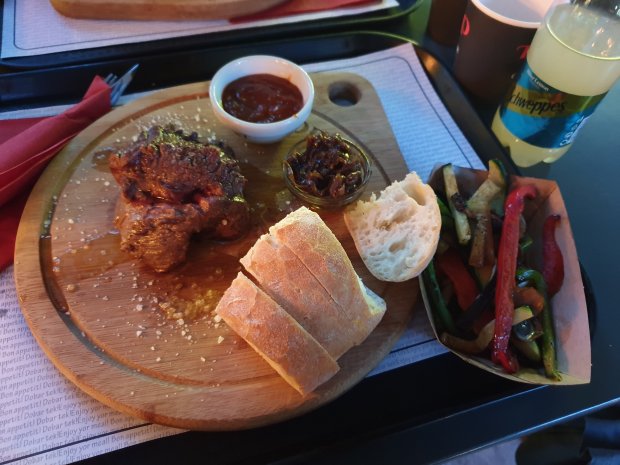 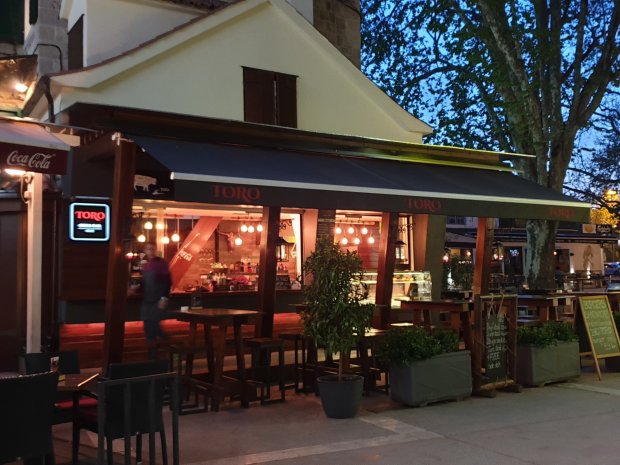 Top tourist tip: Split is incidentally the ONLY place where I’ve ever seen the hop on hop off bus offer lines that ran outside of the city and to nearby towns and landmarks. This was fantastic value for those without a car.

Food summary – there is a lot of pizza and pasta here due to the lasting Italian influence, other than that Croatian food is focused around meat, fish and vegetables cooked on a coal grill (which I LOVE – nothing compares to the flavour of a real coal grill!). And bread, bread with every meal and just like the meat and vegetables dripping with some of the most delicious, fruity and full olive oil I’ve ever tasted. Of course, truffle dishes and some stews feature too but that seems to be more a northern Croatian thing. Lamb is also a speciality. I was impressed that absolutely everything we tried was high quality and fresh, even in the ‘cheaper’ places.

One thought on “Split and Toro Grill Bar”